Sometimes I write out of necessity, other times it’s out of a desire to get better at what I do. Most often though, it’s out of a need to come to terms with my heart – the realities of life, the fears I face, my hope for the future… all the intangibles that I often keep locked away.

If you read my last blog, “Finding My Way Again” you will remember that back in April (Yes way too much time has passed since I last wrote all of you) that I went to Thailand and volunteered with an incredible ministry, Life Impact International. They work to rescue children out of slavery and prostitution and prevent others from ever entering that world. They give these children a place to call home and hope in Jesus Christ. They are literally rescuing children and training them to take the Gospel of Jesus back into the world. It was during this trip that God opened my eyes and reminded me that even though it might appear as though I was counted out, that He wasn’t finished with me yet.

To be completely honest, coming to volunteer with Life Impact scared me. My initial call with their founder went well – too well. We talked about the things I could do… how I had led multiple short-term team mission trips and also loved media/graphic design. She told me about how her team of missionaries and staff had literally been praying for me – someone with my exact gifting and talents and how they could have used me as early as “yesterday”. This news terrified me. What if I looked like the answer to their prayers and ended up being nothing more than a huge disappointment? I couldn’t bear the thought. I had disappointed more than my fair share of people in life and I wasn’t about to add to that list. Even though I had self-imposed reservations, I booked my ticket, packed my bags and went to Thailand. And I had five glorious weeks that changed my life. (You can read more about that trip in my previous blog.)

Before I returned to the states, I got the opportunity to have tea with the founder, Lana Vasquez and simply dream together about the future and what that could look like. We talked about the possibility of me becoming a more permanent member of their team, in the days to come. No date was set and nothing was written in stone, but we both dreamed big about what this could be, how it would work and when it would happen. All of that, we placed in God’s hands, trusting that as always, He would bring things about in His perfect timing.

And with that, I packed my bags again, flew out the next day and headed home. I was filled with hope for the adventure that I knew was just over the horizon. From the moment my feet left Asia, I started praying. Not praying for God’s will to be done – which would have been good on my part… but rather earnestly and sincerely begging God to bring things into alignment. I wanted this – more than I had wanted anything in a long time.

The months seemed to drag by at an unbearably slow pace and yet at the same time, they seemed to go by with such rapid speed that I couldn’t accomplish all that I needed to. That may not make much sense, but it was my reality nonetheless. Finally, it happened, roughly four months later, I was on a phone call discussing all the details with Lana. This was the moment where it was all becoming a reality. In just a few more weeks, I would officially be a member of the Life Impact International team.

When You Question Everything.

And here is the part of this story where I should be able to say that “all the pieces finally aligned” and “all my dreams came true” … and they did, but amidst the fruition of my dreams, was this overwhelming fear (I didn’t recognize it for what it was, but it was definitely fear). I spent many nights awake, beyond my normal late hours – trying to reassure myself that this was God’s plan. After all, the pieces fit so perfectly, that only God could have made this happen, right? And even though I was literally walking into a fairytale of all that I had hoped for, I still struggled. Unable to piece together what was wrong, my heart was heavy. This heaviness was tangible and because it felt so real, I persuaded myself that maybe I had missed God. What other explanation was there? This opportunity may have seemed perfect, but once again, I had messed up. And to make things worse, my worst fear was becoming a reality. If I walked away, I would be letting Lana and the others down. I would be disappointing even more people in my life. Fear was taking me out of the game before I even stepped up to the plate.

There it was. FEAR. Disruptive. Overwhelming. Unexplainable. FEAR. I was afraid of disappointing others and in that fear, I almost wrote myself out the next chapter that God had so perfectly written for my life.

Exactly Where I Am Supposed To Be.

Thankfully, God knew. He knows how crazy I can be. He knows how I overanalyze everything and undervalue myself. And yet He never gives up on me. He had people praying and thankfully my eyes were opened to the real problem. Once I could see the fear for what it was, I could deal with it. I could face it. And I did.

I have now been in Thailand for a little over seven weeks (excluding my five-day trip to the Philippines) and I’m amazed daily at how God is bringing about my heart’s desires, carefully crafting each day to challenge and stretch me and bring me more joy than I could imagine. I’m so unexplainably thankful that He didn’t give up on me and grateful for those who prayed for me, some not knowing why they were praying. I’m here, smack dab in the middle of exactly where I am supposed to be. The adventure has only just begun, but each new day brings forth the possibility of far more than I could have ever hoped for.

Moral of the story – FEAR can ruin the best of things but only if we let it. Fear has no more power in our lives than we allow it to have.

7 For God will never give you the spirit of fear, but the Holy Spirit who gives you mighty power, love, and self-control.

(I have so much more to write about including miracles – all that God has prepared for me and the incredible things I’ve gotten to take part in… but it’s too much for one blog. I promise to write more and share all that has happened. Please be patient though and I promise to include you in all the excitement.) 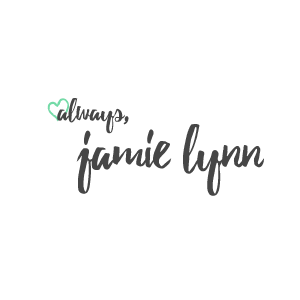 Hey there and welcome to my world! If you don't know me already, (hopefully) you will very soon. Chances are I'm not at all what you expected and I am perfectly okay with that. I am a huge fan of Star Wars, all things in Middle Earth and I was definitely a Queen of Narnia long ago. I'm a traveler of this world and all those I can find written in the pages of my favorite books. I love Jesus and want to change the world. And I will. I've recently stepped out from the world I've always known in search of the unknown. I dare you to join me on this epic adventure as I follow God wherever He may lead.